Gia Long Tomb – The most unique mausoleum in Hue

Gia Long Tomb – The most unique mausoleum in Hue

One of the most unique mausoleum works in Hue citadel is Gia Long Tomb. Although located in a remote mountain area, this is still a place that attracts tourists to learn about historical works and idyllic natural landscapes. Let’s follow HaloTravel to discover more about the mysterious story around Gia Long Tomb !

About Gia Long Tomb of Hue

Hue Citadel is famous for its system of mausoleums and temples, but perhaps the most unique is the mausoleums of the Nguyen kings. During the history of 1802 – 1945, through 13 Nguyen kings, Hue left a group of spiritual relics quiet and full of mystery. Gia Long Tomb is a unique highlight in both historical significance and cultural architecture. 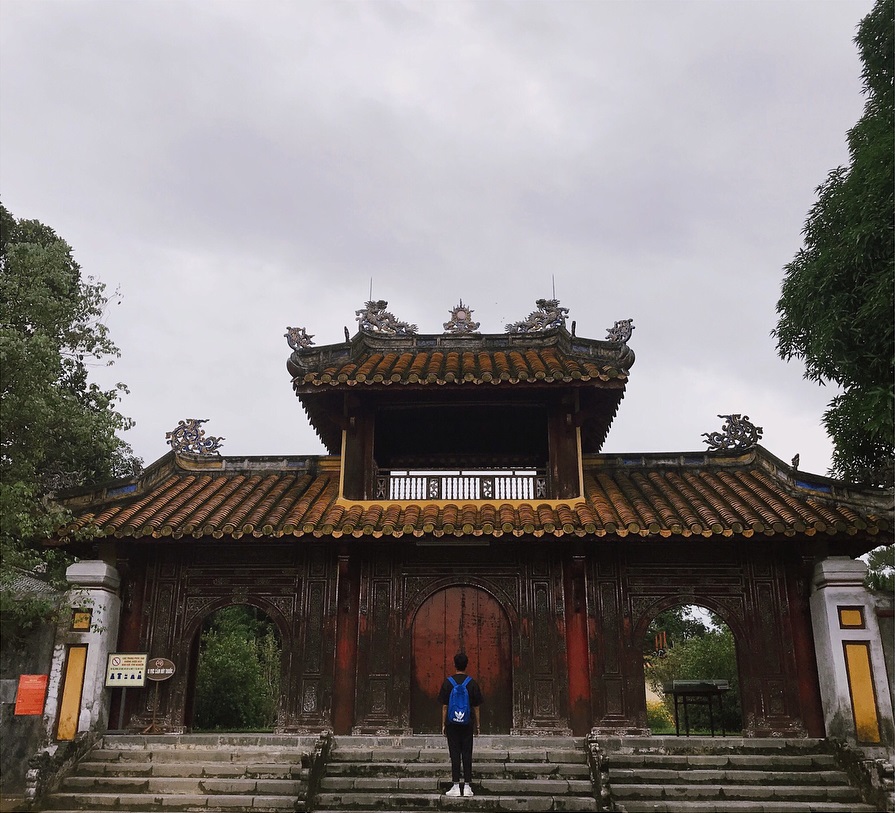 Gia Long Tomb was built on the remote and desolate Thien Tho Son mountain. It is said that this is a place chosen by Le Duy Thanh (son of Le Quy Don) because of geography, which has many astronomical and geographical meanings. The mountain area is surrounded by two streams of water bending on both sides, so the road to Gia Long Tomb is quite difficult. People still spread the word because King Gia Long regained his fortune from the Tay Son dynasty, so when he died, he was buried in a remote place, avoiding revenge.

Gia Long Tomb was built on Thien Tho Son mountain, about 20 km from the city center, completely surrounded by rivers. Therefore, in the past, this place was completely isolated. To get to the mausoleum, you could only go by water. At that time, Gia Long Tomb seemed to be forgotten and very few tourists came to visit.

In recent years, people have built pontoon bridges to serve pedestrians and motorized vehicles such as bicycles and motorbikes with a fee of 5,000 VND / turn. This bridge is not only valuable for traffic, but also helps tourists know more about the scenic beauty of Gia Long Tomb. Crossing the pontoon bridge, you only need to go about 4 km more to reach the mausoleum. Thanks to this bridge, the residential area here is no longer isolated, and more people visit the mausoleum. 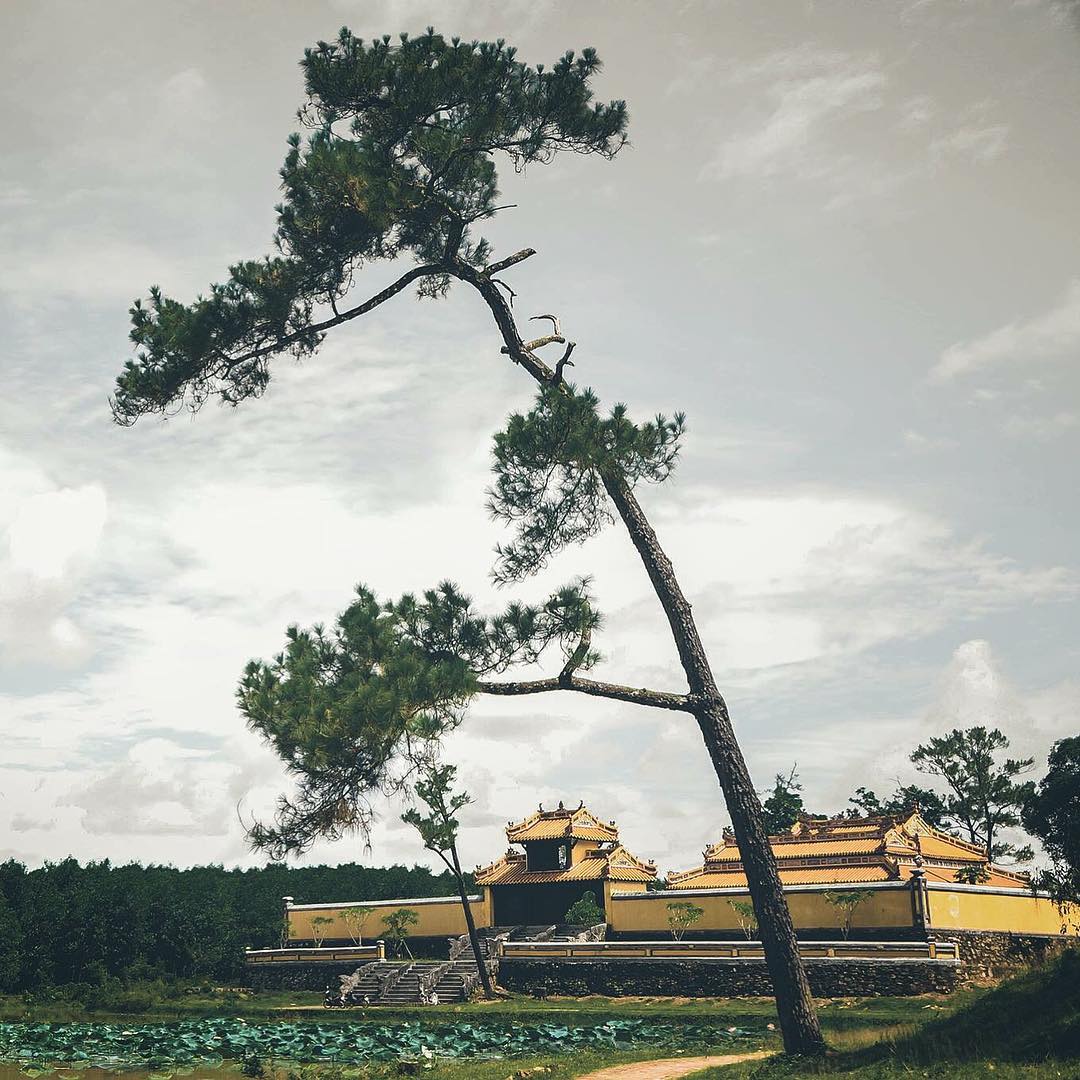 In addition to going to the pontoon bridge, you can move across Huu Trach bridge road, connecting La Khe Bai and La Khe Trem areas. You also need to note that this road is quite far, crossing the bridge must go about 10km more to reach the mausoleum.

King Gia Long, after many years of war, defeated the Tay Son dynasty and ascended the throne in 1802. He was the first to establish the Nguyen dynasty, unify the whole country, and set up the capital in Phu Xuan – which is the old name of King Gia Long. The ancient capital of Hue. The national title of Vietnam was also born during the reign of King Gia Long.

The history of the construction of this mausoleum dates back to 1814 – when the king’s main wife died. Gia Long Tomb was completed after 6 years of construction, by the king personally supervised and directed the planning.

The overall tomb area is 11,200m wide. This is the only place where the tombs of the king and queen are placed parallel to each other. According to the old point of view, “Can Khon is a union of virtue”, the tomb of the king is placed on the left, the tomb of Thua Thien Cao Queen is placed on the right. If you come here, you will hear stories about the king and his wife who shared hardships with him during the difficult years of war. The image of two graves placed next to each other is also a symbol of fidelity and happiness.

The most unique architecture of Gia Long Tomb

Thien Tho mountain area is divided into 42 hills, of which Gia Long Tomb is built on the highest hill. The road to the mausoleum is all green pine trees. This place is considered the most romantic street compared to other tombs. Around the mausoleum is a very idyllic lotus pond that blooms in the summer. From the mausoleum, you can see the winding roads below, herds of buffalo grazing in the distance. The scene here is bold and rustic Hue.

Gia Long Tomb was built with the simplest architecture compared to other mausoleums. Constructions are mainly placed horizontally. The central area is the tomb of the king and queen. Minh Thanh Palace is located on the right to serve the worship of the king, and Bi Binh Palace is the place where there is a large stele of King Minh Mang to worship the ancestors. You can visit Gia Thanh Palace – the place to worship the mother of King Minh Mang. From the wooden gate to the worshiping area, all of them are carved with unique patterns. In addition, this mausoleum also has the mausoleum of Thuan Thien, Cao Empress, Buu Thanh … all have simple architecture. 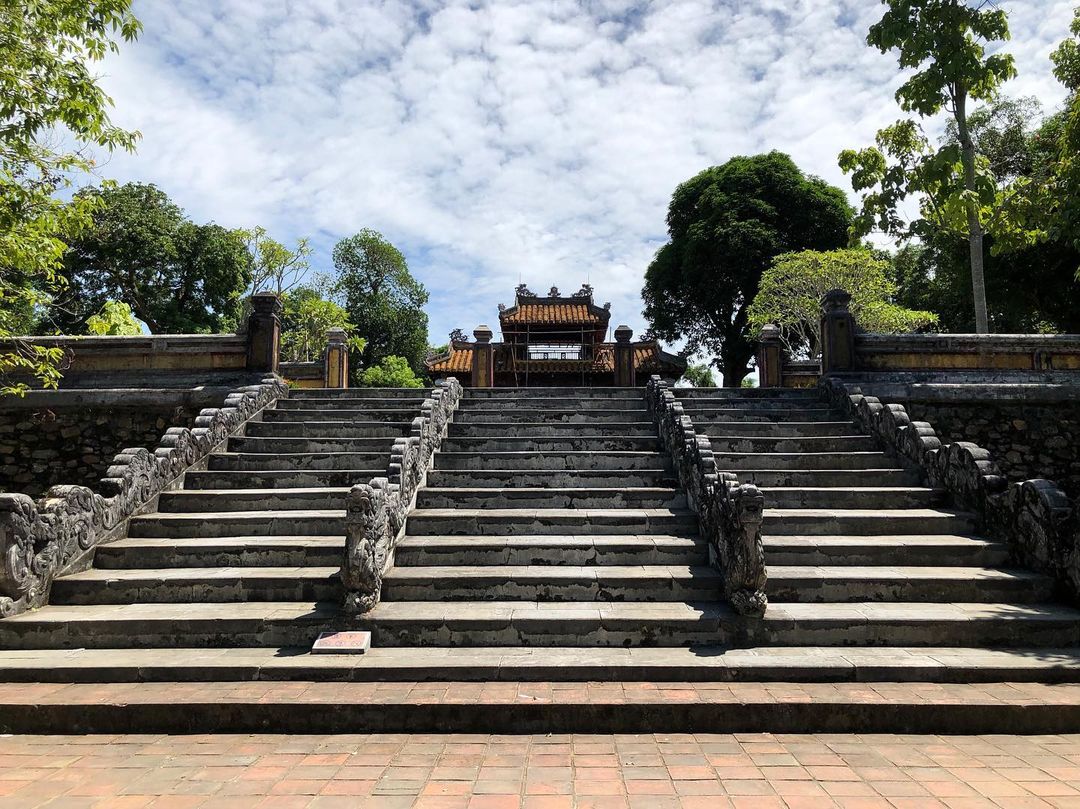 Today, Gia Long Tomb has great historical significance. Gia Long was the first king to unify the country and introduce the Gia Long code, establishing sovereignty in the Hoang Sa and Truong Sa of Vietnam. You can come here to understand more about this king and listen to anecdotal stories about Gia Long! 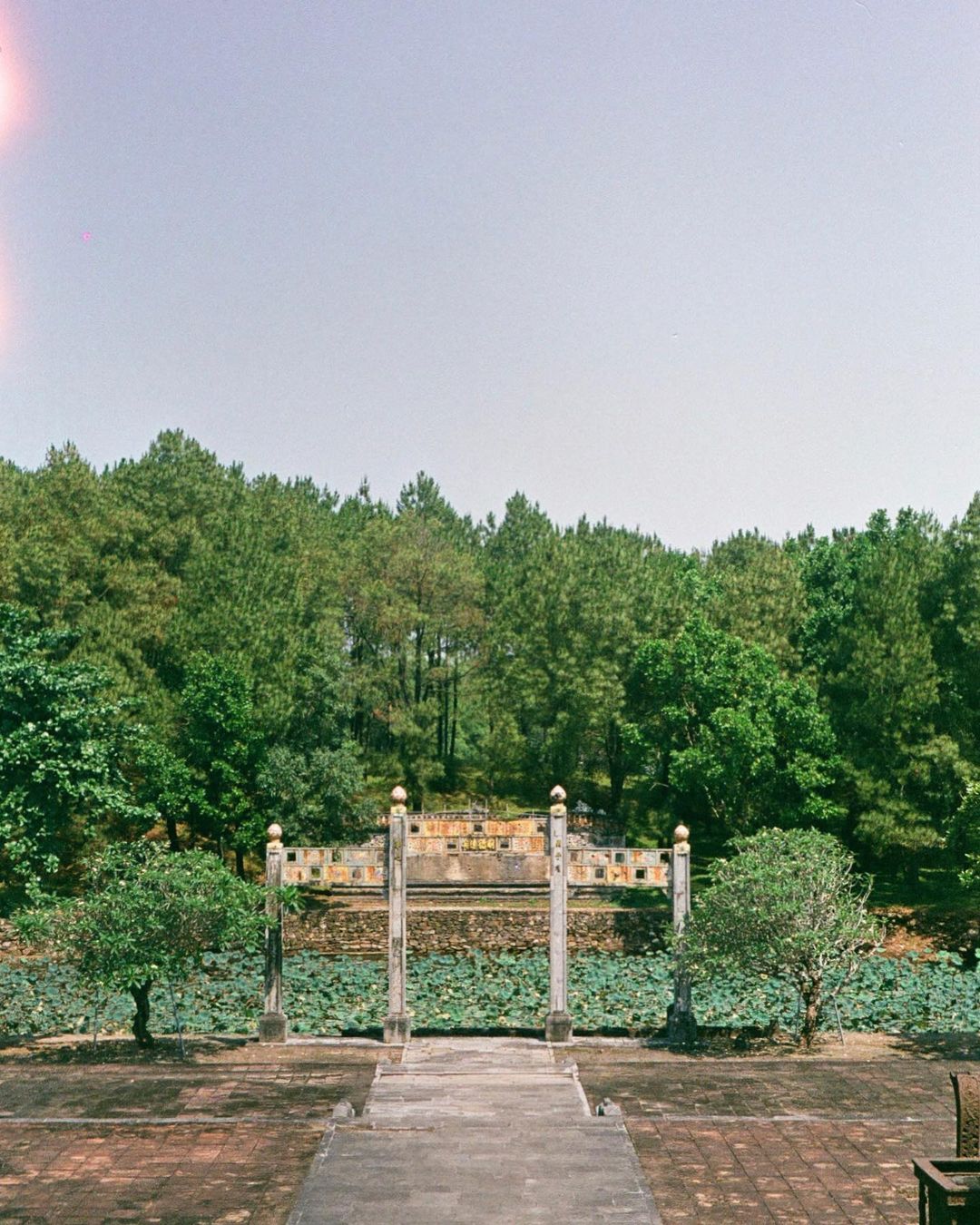 In addition to Gia Long Tomb, Hue also has many mausoleums, temples and other interesting landmarks. Please schedule according to the suggestions below:

You should try once to walk around the airy grounds of Gia Long Tomb , admire the peaceful scenery of Hue and listen to historical stories about the first king of the Nguyen Dynasty. Wish you have more memories with the ancient capital!