Hue is a place known by many people because it has very unique mausoleums. Each mausoleum has its own color and beauty and clearly depicts the history of the Vietnamese nation. Coming to Hue, you will discover many mausoleums such as Tu Duc Tomb, Khai Dinh Tomb, Minh Mang Tomb , etc. Today, let’s learn about Minh Mang Tomb with Danang Private Car!

Where is Minh Mang Tomb?

Minh Mang Tomb, also known as Hieu Lang, is located about 14km from the center of Hue city on Highway 49, Huong Tho, City. Hue. It can be said that this is an extremely favorable location, it took 14 years to be discovered by the king. The mausoleum is located on Cam Khe mountain, where the two streams Huu Trach and Ta Trach intersect to form the Perfume River. 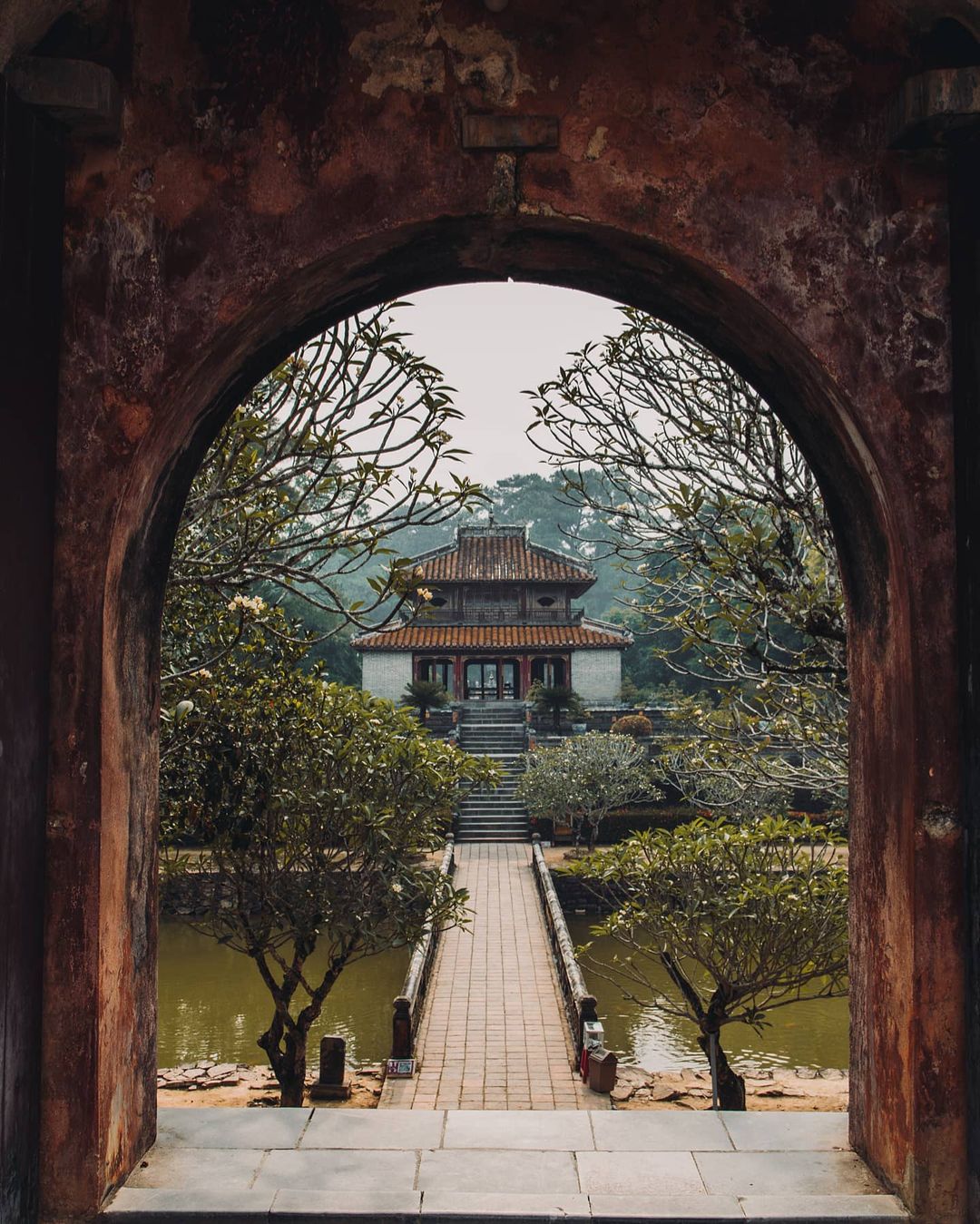 From the center of Hue city, you can use a lot of means to move to this place. If you want to experience in a new way, from the Perfume River you can go in the direction of the two streams Ta Trach and Huu Trach. The faster way, you just need to choose a vehicle that is a taxi or a motorbike, go straight along Highway 49, go along the Perfume River to Tuan Bridge, you will arrive at Minh Mang Tomb.

Minh Mang is the fourth son of King Gia Long. He is a king with great merit in the reform of the country. 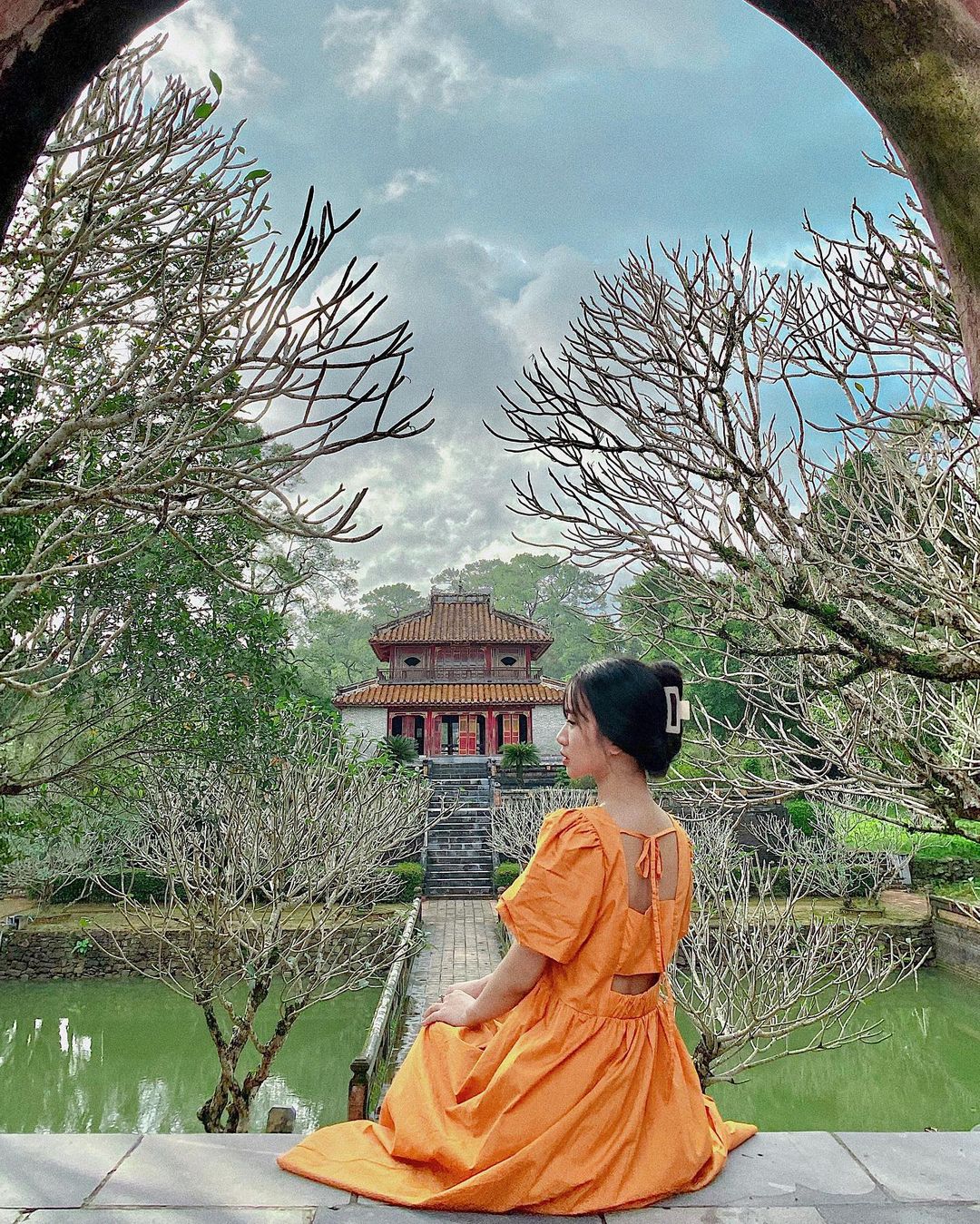 After 14 years of searching, Cam Khe mountain was chosen by him as a prime location to build a Son mausoleum for himself. Construction of the mausoleum began in April 1840. The king sent his officials down to dig a lake to build the mausoleum. But unfortunately, before continuing to build La Thanh, the king fell ill and died. After 1 month, King Thieu Tri ascended the throne and continued to dig holes and build tombs. By 1841, King Minh Mang’s remains were buried in Buu Thanh. But it was not until 1843 that the mausoleum was completed. And since then the mausoleum was named Minh Mang Tomb until now.

Like many other places to visit, when you come to Minh Mang Tomb you will need to buy an entrance ticket. According to the latest updated ticket price, the ticket price to visit Minh Mang Tomb is 150k/adult. Children and the elderly will receive a 50% discount. You can refer to the fully updated price list of tickets to visit the monuments in Hue below (click each link to read details):

To buy tickets, you just need to go to the gate to buy tickets. The mausoleum is open to visitors on all days of the week, including Sundays from 7am to 17.30pm.

Fascinating things about the mausoleum’s architecture

The mausoleum of King Minh Mang is one of the most majestic mausoleums in the architecture of the Nguyen Dynasty. His entire architectural work is also built on the main Confucian ideas. La Thanh campus has an area of ​​up to 1,750m2 arranged to create a beautiful architectural complex.

When viewed from above, you will see the mausoleum like a resting figure. The head is towards Kim Phung mountain, the two sides are the two sides of Trung Minh lake, the feet are comfortably placed on the confluence of the river. 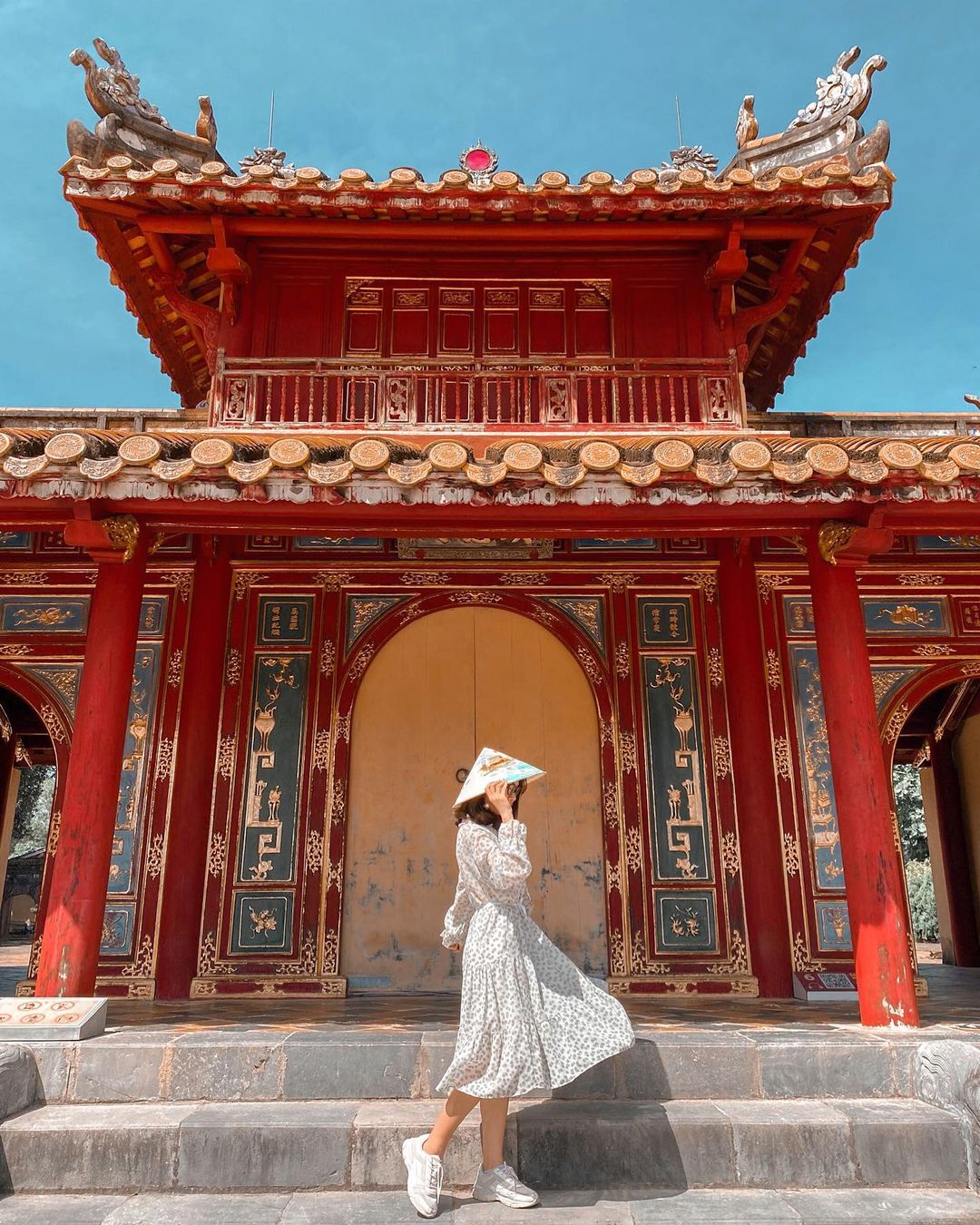 The mausoleum is surrounded by a green color of trees. All create a quiet, quiet space of rivers and lakes and the solidity of mountains. The beauty is like a charming picture that makes many people admire and admire. Inside the mausoleum, there are many architectural works arranged symmetrically, parallel to three axes. The special thing is that in the middle of the campus, there is a lotus pond that always gives off a fragrant aroma.

Places to explore when coming to Minh Mang Tomb

Although Minh Mang Tomb is not as magnificent and magnificent as other mausoleums, it has a rather large overall scale including 40 works inside. Because the mausoleum is quite large, it will be difficult for you to explore it all within a day. Therefore, Halo Travel will introduce you to attractive places that should not be missed when coming here. 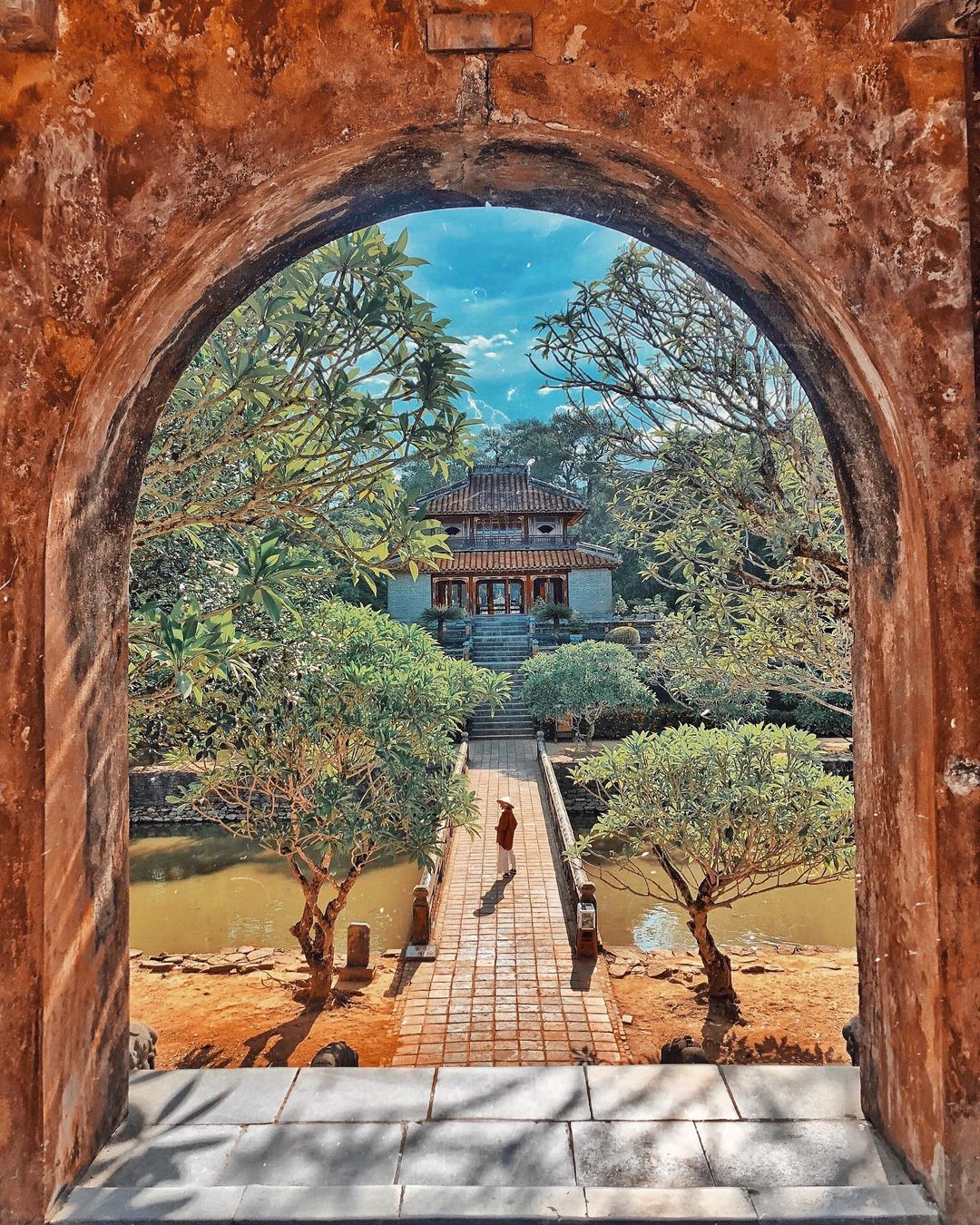 Dai Hong Mon is considered the main gate of the mausoleum. The gate consists of 3 aisles and is quite beautifully decorated. In the past, the gate was only opened once to bring in the king’s coffin. Normally, if you want to travel, you have to go by 2 paths on either side. Two small gates on either side are called Ta Hong Mon and Huu Hong Mon. Anyone who enters to explore the mausoleum will pass through this gate.

From the main gate entering, you will pass through Bai Dinh with the statues of martial arts mandarins arranged symmetrically. Next you will see Bi Dinh with a stone stele recording the exploits of King Minh Mang. Bi Dinh is a large courtyard located right behind Dai Hong Mon. On both sides of Bi Dinh, there are two rows of mandarins standing on both sides very dignified. Inside, there is also a stele “Thanh Duc Than Cong” written by King Thieu Tri in ancient times. On the stele is written about the history and merits that his father King Minh Mang has devoted to the country.

Stepping inside the mausoleum, you will see the power impregnated area with the Hien Duc Mon project. The work symbolizing the earth god was built on a square piece of land. This is where the Sung An Palace is located, with the tablet of King Minh Mang and the queen placed. The shrine has an indescribable majesty and no less solemnity of the past.

Crossing three bridges across the lake, you will come to Minh Lau. Minh Lau is a square-shaped building located on Tam Dai Son hill. This is the king’s resting place after the tidal flat. This place has very fresh nature, helping the king to release his soul into the natural heaven and earth. Minh Lau’s design is a bit oriental, both ancient but equally bright and poetic.

One of the destinations you cannot miss when visiting Minh Mang Tomb is Buu Thanh Lake located in the middle of Tan Nguyet Lake. Passing through Thong Minh Truc bridge, you will see the king’s resting place in the middle of the hill named Khai Trach Son. They only open once a year during Tet to remodel, so you don’t always have the opportunity to visit this place.

Here are some experiences to visit Minh Mang Tomb you need to note to have the most complete trip: 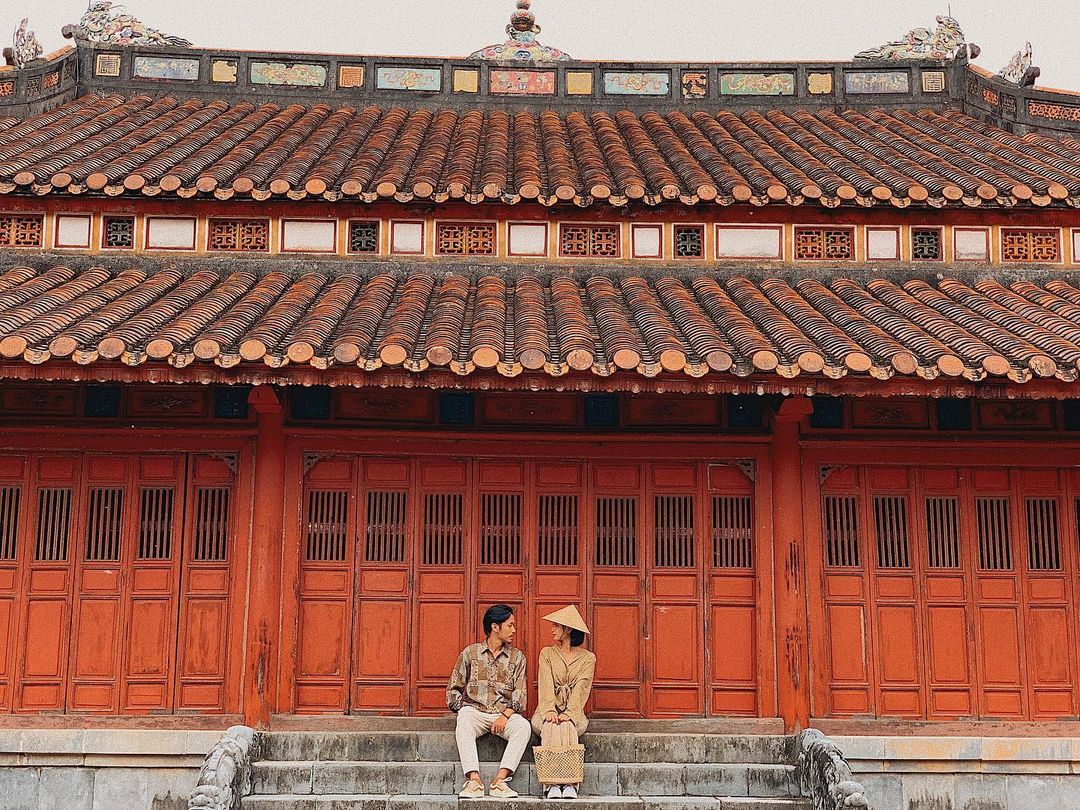 if you in Danang Or Hoi An want to visit Minh Mang Tomb, you can refer to Hue city tour from Danang, Hoi An

Read More About: Hue City Tour From Hoi An

Rent A Car With Driver In Hue: Hue Car Rental