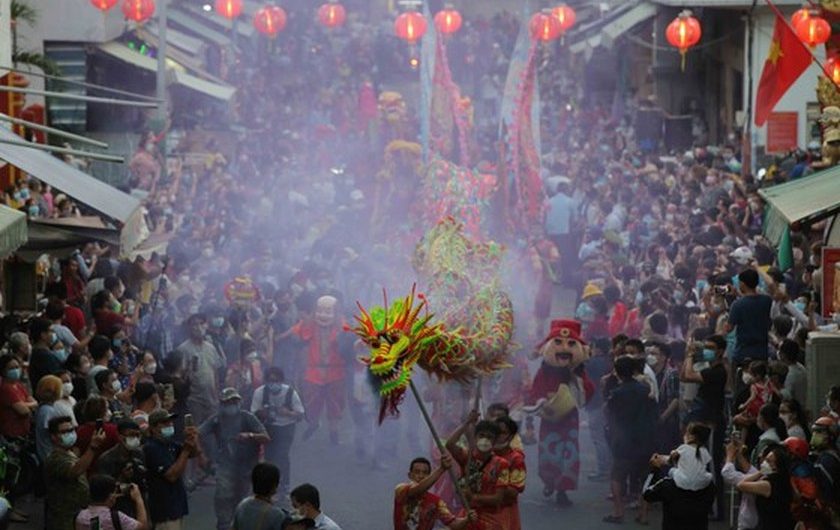 The name of Hoi An Cantonese Assembly Hall is probably not too strange to tourist followers, especially those who love Hoi An. Located right in the center of Hoi An Thanh, the assembly hall soon became a place of belief of the residents here. At the same time, it is also a recommended tourist destination worth visiting in the itinerary of Hoi An discovery of all tourists.

Where is the Cantonese Assembly Hall?

Hoi An Cantonese Assembly Hall is located right on Tran Phu Street, No. 176. Located on a heritage road with many architectural works of high historical value, the assembly hall has attracted many visitors every year. .

You may not know, but from the 15th to 19th centuries, Hoi An ancient town was extremely busy with many international trading ports. This place especially attracts the attention and activities of the Chinese. They chose this place as a place to trade and live.

The Cantonese Assembly Hall was built in 1885 by a Chinese merchant. Originally, this place worshiped Confucius  and Thien Hau Thanh Mau . It was not until 1911 that the assembly hall was moved to worship Tien Hien and Quan Cong.

This place is considered a spiritual place for merchants. At the same time, it is also the place where community activities take place, helping each other live.

The name Guangdong originates from the fact that this place worships a general named Quan Cong. According to the beliefs of the Chinese people, this shop is full of the words Trung – Meaning – Faith – Wisdom – Humanity and Courage. They believe that Quan Cong will bring good luck as well as support the peaceful life of black people and favorable business.

When looking at the Cantonese Assembly Hall, if you have a little understanding of architecture, you will see that there is an interference between Vietnamese and Chinese cultures.

Architecture of Cantonese Assembly Hall in Hoi An

Wood and stone are the two main materials to build this assembly hall. Every detail designed to decorate the hall is also meticulously carved. Thanks to that, they bring many features and are indescribably beautiful.

This architectural work is built in a closed way resembling the shape of the letter Quoc. The whole project includes the three gates, the garden, the main hall and the backyard.

At the present time, you can still admire many ancient relics in the Cantonese Assembly Hall. And this is also an experience you should know when participating in Hoi An tour ! The typical antique relics of high value in the assembly hall are:

If you are self-sufficient traveling to Hoi An , you can read the documents about these relics in advance! If you follow the tour, the guide will explain to you when you arrive in front of each ancient relic.

At the Cantonese assembly hall, there are usually two big festivals: Nguyen Tieu and Via Quan Cong.

It is held on the full moon of the first lunar month every year. The festival usually takes place within 2-3 days. The spiritual meaning of this festival is explained by the people as the time to worship, pray for a full life, and give thanks for favorable business.

The scale of this festival is very large, including old folk games for people to enjoy. The most typical games are lion dance, firecrackers, lake cruise….

Usually held on June 24 every year at Quan Cong Temple. This is considered the oldest belief of the people of Hoi An Thanh. The offerings that are usually made for this festival are very elaborate. At the end of the ceremony, people will start participating in sports activities and processions. The whole streets of Hoi An these days are often immersed in the bustling sound. 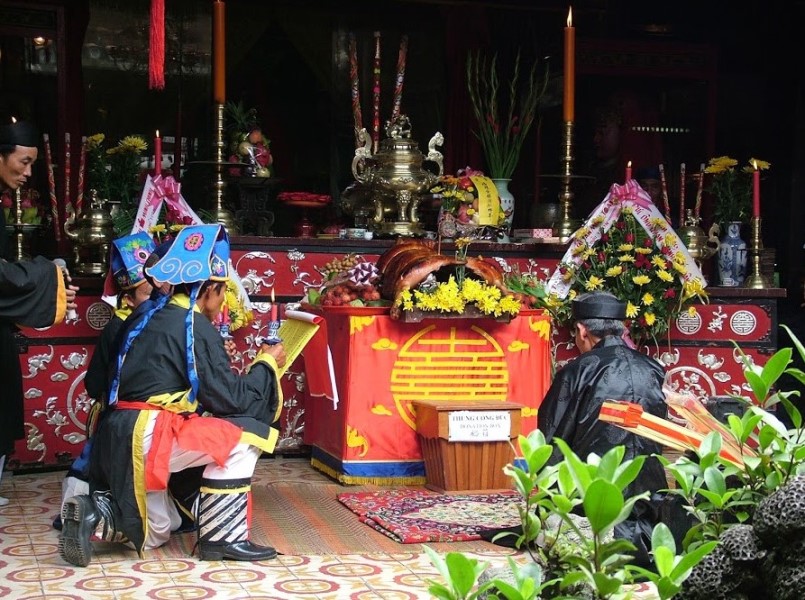 Popular Places Near Assembly Hall of the Cantonese Chinese Congregation

The Assembly Hall is located in a central location, so nearby there are many other tourist attractions that you should combine to visit such as:

Cantonese Assembly Hall has a worship space. Therefore, when coming here, you should pay attention to dress politely for a better experience!

Tags: Hoi An
Previous postExploring Nam Son Pagoda, Danang
Next postIn which month should you travel to Hue? What is the most beautiful season of the year?