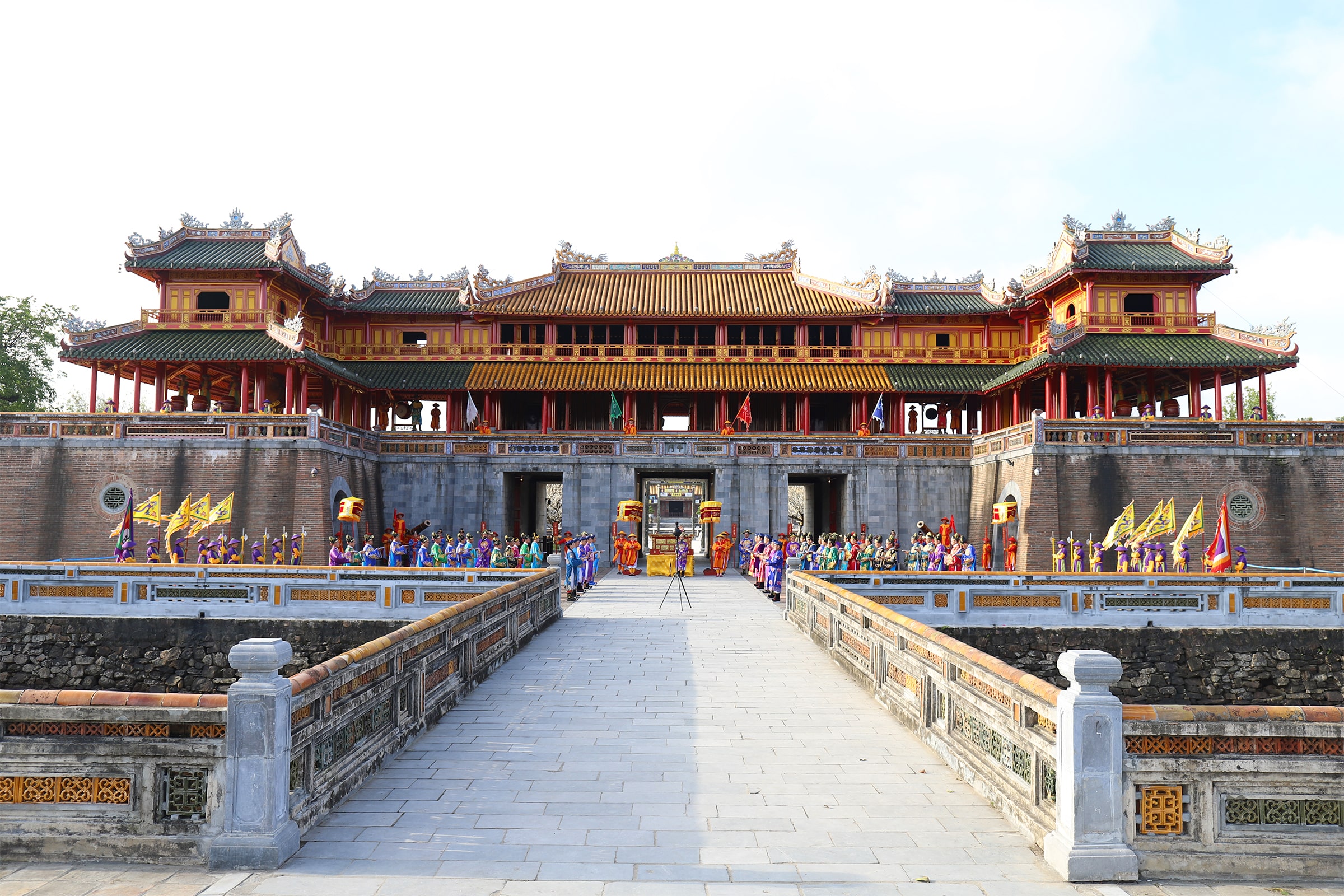 In 1805, King Gia Long started the construction of Hue Citadel according to the architecture of Vauban citadel with a zigzag type of citadel, above which there are many fortresses. Initially, Hue Citadel was covered with earth with a circumference of about 10 km, later it was built with brick walls to reinforce and have the complete appearance as it is today under King Minh Mang. In 1832, King Minh Mang announced the completion of the construction of Hue Citadel. 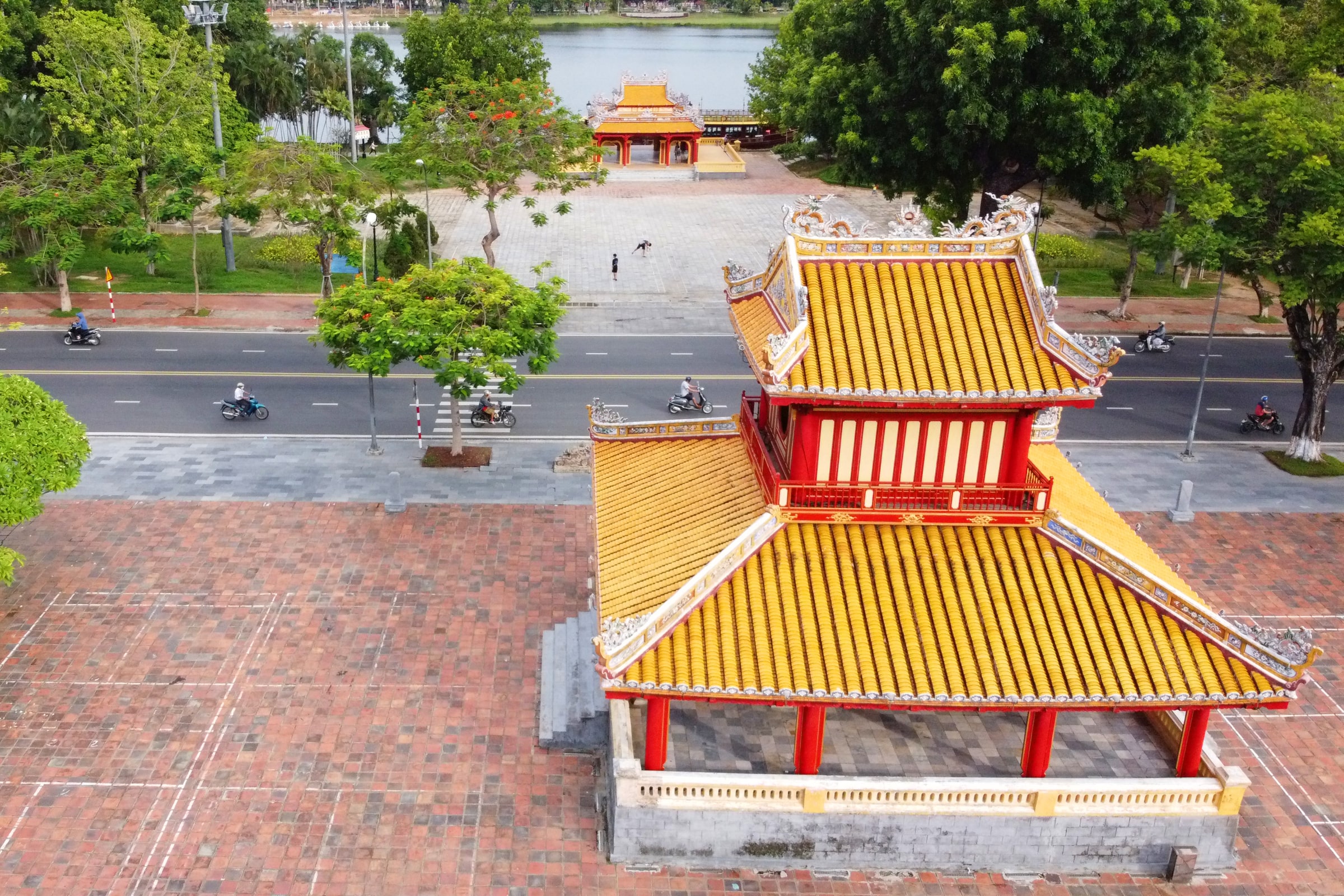 Located on Le Duan Street on the banks of the Perfume River, Phu Van Lau and Nghenh Luong Dinh are two works selected to be printed on the VND 50,000 banknote.

Nghinh Luong Dinh is a work located on the vertical axis from Hue Monument to Phu Van Lau, built under the 5th King Tu Duc (1852) and used as a resting place for the king before going down the river to go up. dragon boat or as a place to cool off. In the 15th year of Thanh Thai (1903), the work was carefully restored, in the third year of Khai Dinh (1918) it was embellished again so that the king could regularly come to rest.

Phu Van Lau is located in front of the Imperial Citadel of Hue built in 1819 under King Gia Long. This is where in the past the Nguyen dynasty listed important edicts of the king and the court, and the results of exams held by the court. This is also the place where the battles between elephants and tigers took place to entertain the king. 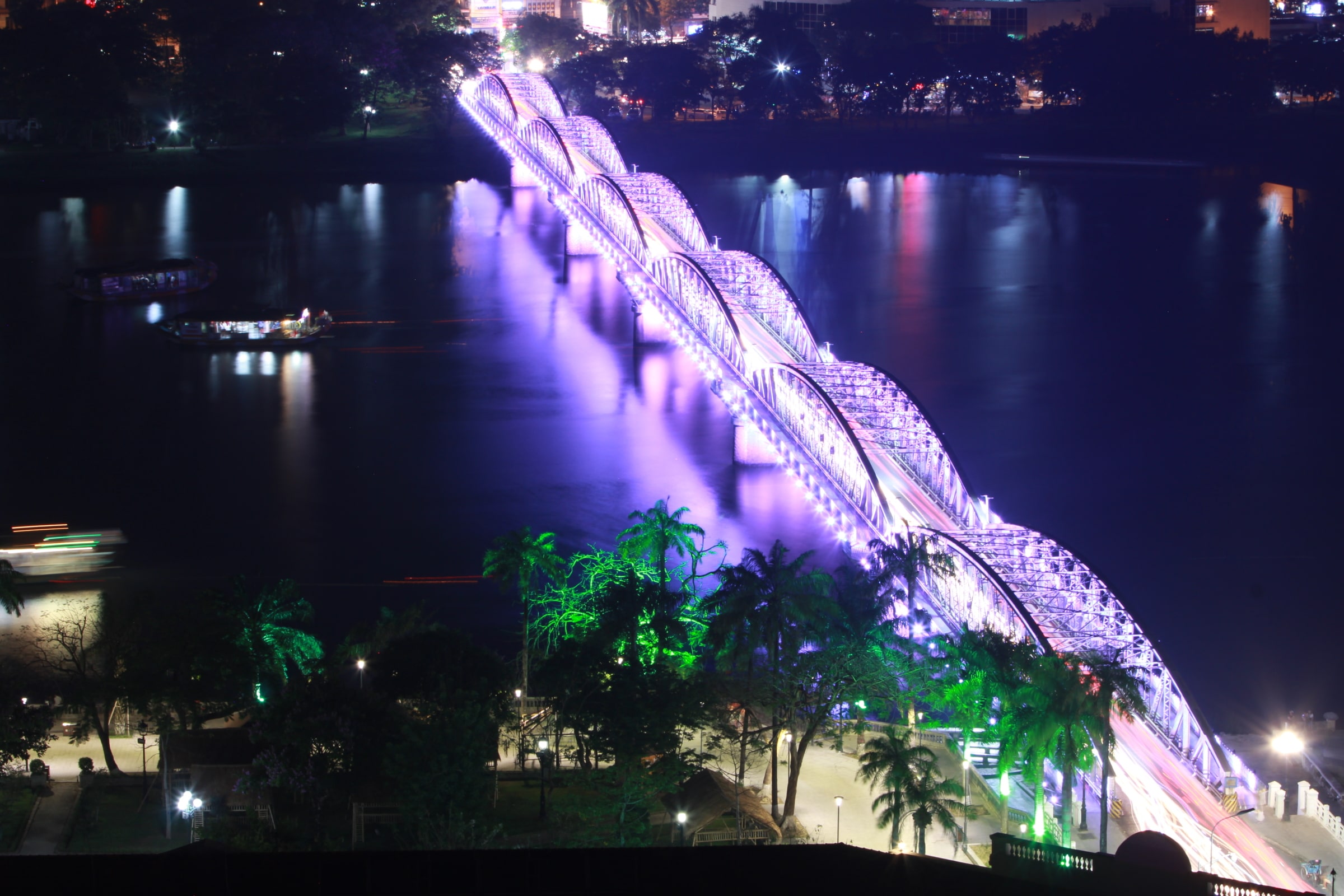 Truong Tien Bridge is the first bridge to cross the romantic Perfume River, located close to Hue Citadel, started construction in 1897 under King Thanh Thai. This is also one of the first bridges built in Indochina in the late 19th and early 20th centuries according to new Western techniques and materials with steel structure.

Experiencing historical ups and downs, even now and in the future in the ancient capital of Hue, there have been and will be many works crossing the Perfume River, but Truong Tien Bridge is still an irreplaceable symbol. 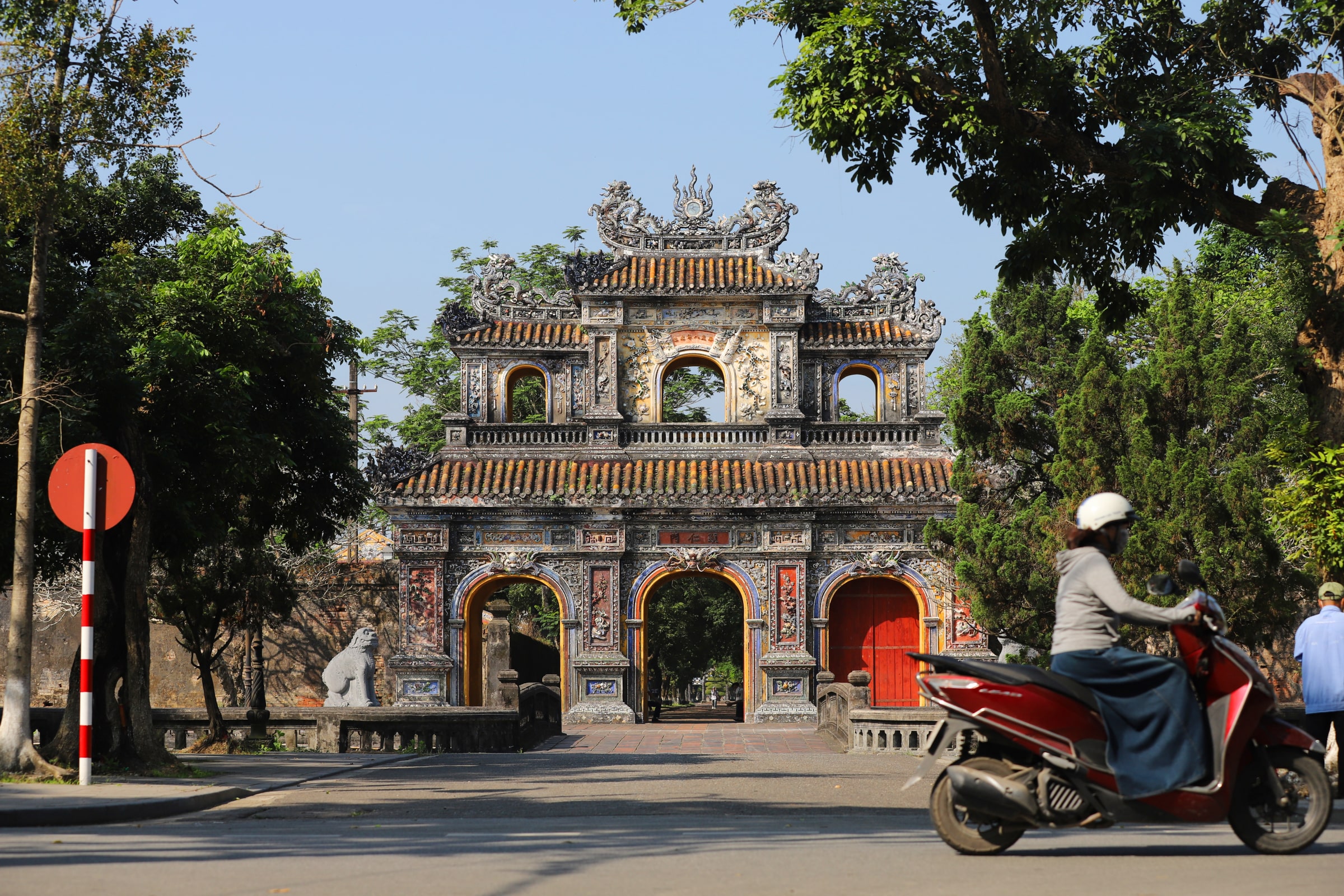