One of the ancient streets registered in the tourist destination of Hue that tourists should go there is Bao Vinh old town. This place has a calm, ancient and peaceful color. Below, let’s explore what’s attractive about Bao Vinh Hue ‘s old town.

Bao Vinh Ancient Town is a tourist destination known by many people because of its unique architecture and bold historical culture. Recently, however, Bao Vinh Old Quarter is facing the risk of being wiped out because the conservation work is too slow.

Take a Tour of Hue City and once experience the dreamland of Hue , with delicious food and beautiful places to visit. Please contact Danang Private Car – The company specializes in organizing Da Nang Private Tours .

Bao Vinh Ancient Town is located in the north of the outskirts of the citadel in Huong Vinh commune – Huong Tra district – Thua Thien Hue . This is considered to be the largest trading port of Dang Trong, spanning the 17th and 19th centuries. Today, the old town is preserved very intact, only about 3km from the center. Therefore, it is easy for tourists to come to visit the ancient features of the neighborhood that is more than a few hundred years old.

How to get to Bao Vinh Ancient Town in Hue?

What is special about the history of Bao Vinh Hue ancient town?

Pho Co Bao Vinh Hue was once a neighborhood in the port town of Thanh Ha – Bao Vinh, it was formed in the early 17th century. This can be said to be the busiest place for trading and exchanging goods of Cochinchina. There are many traders from countries like China, Japan, Macau, India. There are even European countries coming here to exchange and trade goods.

Previously, Bao Vinh old town was very famous for professions such as making coffins, making mother of pearl, mosaic, making bricks, etc. However, since the French colonialists invaded our country at that time, the Hue citadel fell and the city was destroyed. Bao Vinh was devastated. It is also from that that the professions in this street are less and less. Despite many difficulties, the people here are trying very hard to retain the golden beauty of Bao Vinh. They have kept each roof, door step, and scenery intact

Today, although it has been faded over time, the shape is still preserved by the ancient lines. How much nostalgia always makes visitors come here nostalgic. The passage of time has also made many old houses quite degraded. Small houses are nestled next to high-rise buildings.

Following the oars of the Perfume River, looking to Bao Vinh old town, we can still admire the ancient features, the houses tinged with ancient moss. Especially at sunset, the afternoon sunlight gently embraces the peaceful neighborhood next to us. The picture is suddenly dyed sad, making visitors feel entangled and charming every time they visit

Although it has been hundreds of years, Bao Vinh always brings its own beauty that makes visitors ecstatic. Because in every street corner and space in Bao Vinh old town, visitors will have a peaceful, romantic and enchanting breath.

If you come to Bao Vinh ancient town in Hue, you should not miss the ancient village of Bao Vinh. No one remembers clearly what year this communal house was built, only knowing that it was built to worship the founder of the Pham family.

This is the place where the villagers live, on the occasion of December 7 is the anniversary of his death. People often come here a lot to offer offerings. The village communal house also brings with it the old feudal architecture, the screens have been dyed with moss. All have brought visitors nostalgia of the past.

The horizontal wharf is a dear image associated with Bao Vinh Hue’s old town with many memories. People put this as a horizontal wharf because passengers on the boat only go back and forth between BAo Vinh and Tien Non village, Sinh village or Than Tien village on the other side of the river.

If anyone has ever been on a boat trip, they must be very interested in the water but do not want to go ashore. When sitting on this boat, you will be able to see Bao Vinh old town fully. Pictures of houses close to each other, embankments built from the French period stretch across this stretch of road

A market that brings me a peaceful, simple and dear character is Bao Vinh market. This market is not like other big markets because very few customers come to buy, so the items here are very few. Especially if you visit Bao Vinh market on Tet holiday, you will admire the outstanding traditional stalls in Hue.

A temple that is more than 200 years old is Thien Giang Tu Pagoda. Although the area of ​​this temple is small, it is cleaned very cleanly for visitors to visit. This temple is looked after by the elders who often come here to chant and recite Buddhist scriptures

Thien Giang Tu is said to have lived in the time of Bao Vinh’s formation, the pagoda’s architecture is bold in the design of the temple under the Ly Tran dynasty. Legend has it that in the temple there is still a terracotta Buddha statue with a very pure Vietnamese face.

According to a historical story, in the reign of King Tu Duc, when the king was sailing around, it rained, so he stopped at the temple to stay, then named the pagoda Thien Giang . This is quite reasonable because at the time of feudalism, only the King dared to put the word “Thien”.

The Eye of the Eye Café is an inspiration from the film Mat Biec directed by Victor Vu. This is a Hue tourist destination that many tourists check in because of its ancient features. The architectures here are all built in the ancient style, bringing dear feelings to visitors. 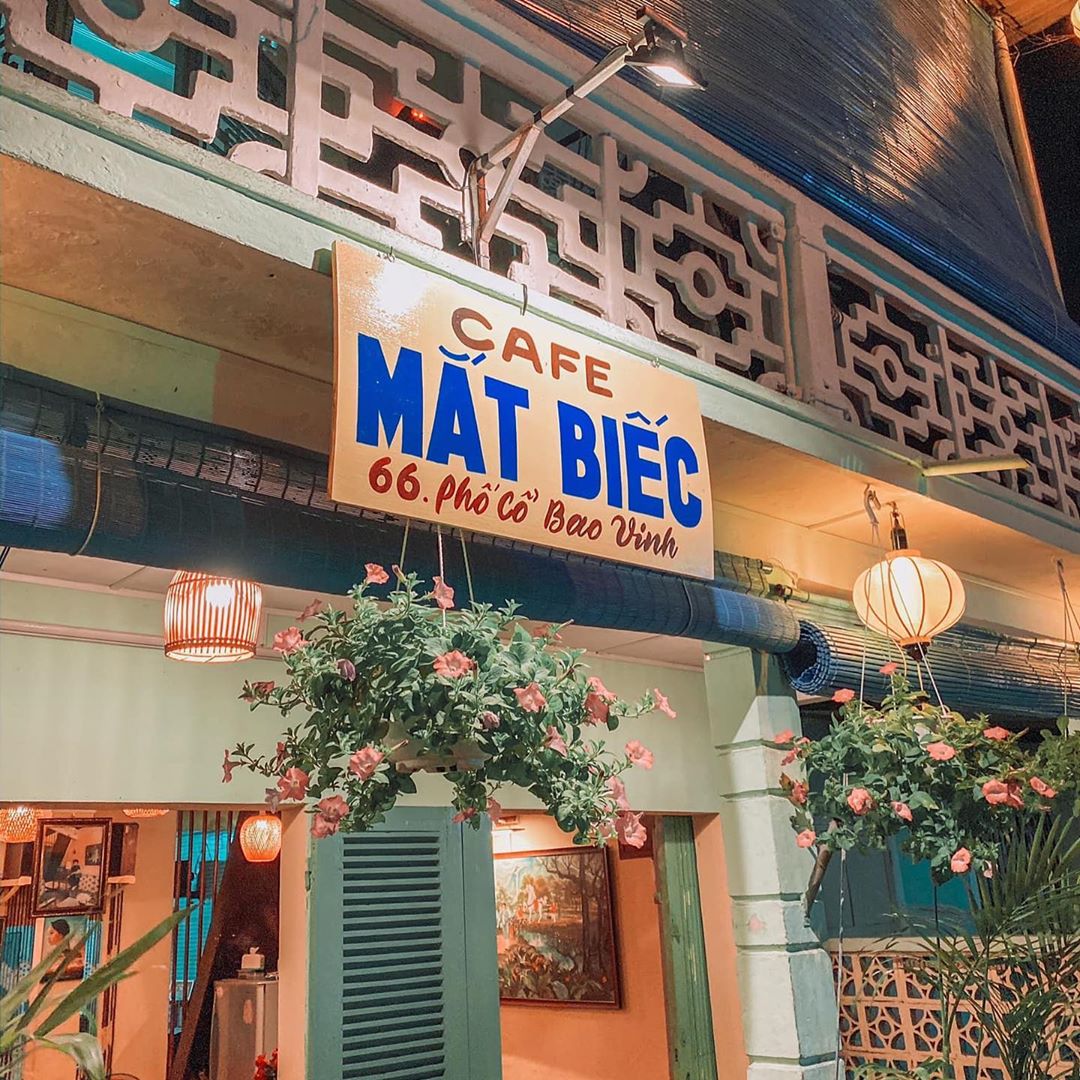 Bao Vinh ancient town in Hue is a destination that many people cannot help but be surprised when visiting. A small street corner under a dreamy sunshine brings nostalgic images. Bao Vinh is still lying there and waiting for the guests to come to comfort and admire 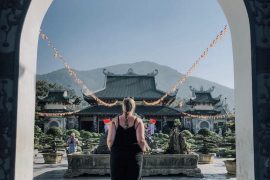