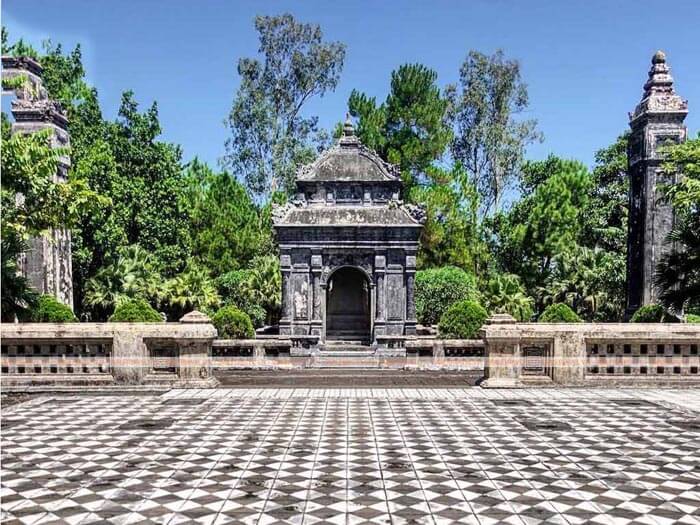 As a mausoleum with a mixture of Asian and European art architecture reaching a harmonious level, Dong Khanh or Tu Lang Tomb is also an impressive place in a Hue sightseeing tour.

Besides the location near the tombs of other kings, Dong Khanh mausoleum also possesses spaces of high value in architecture, painting and decoration.

The following article provides some information about Dong Khanh Tomb of Hue . Hope it will be useful for you on your upcoming trip.

Where is Dong Khanh Tomb?

Tomb of Dong Khanh or Tu Lang is the resting place of King Dong Khanh – the 9th king of the Nguyen Dynasty.

How to get to Dong Khanh Tomb in Hue?

From the city center. In Hue, you move in the direction of Bui Thi Xuan Street, then turn to Huyen Tran Cong Chua Street. From here you will see Tu Duc Tomb.

Then continue to go about more than 100m, pay attention to the left hand direction, you will see a sign indicating the way to the tomb of King Dong Khanh. Google maps

Time to visit: Tomb of King Dong Khanh is open to welcome guests on all days of the week, from Monday to Sunday (time frame from 7am to 17h30). 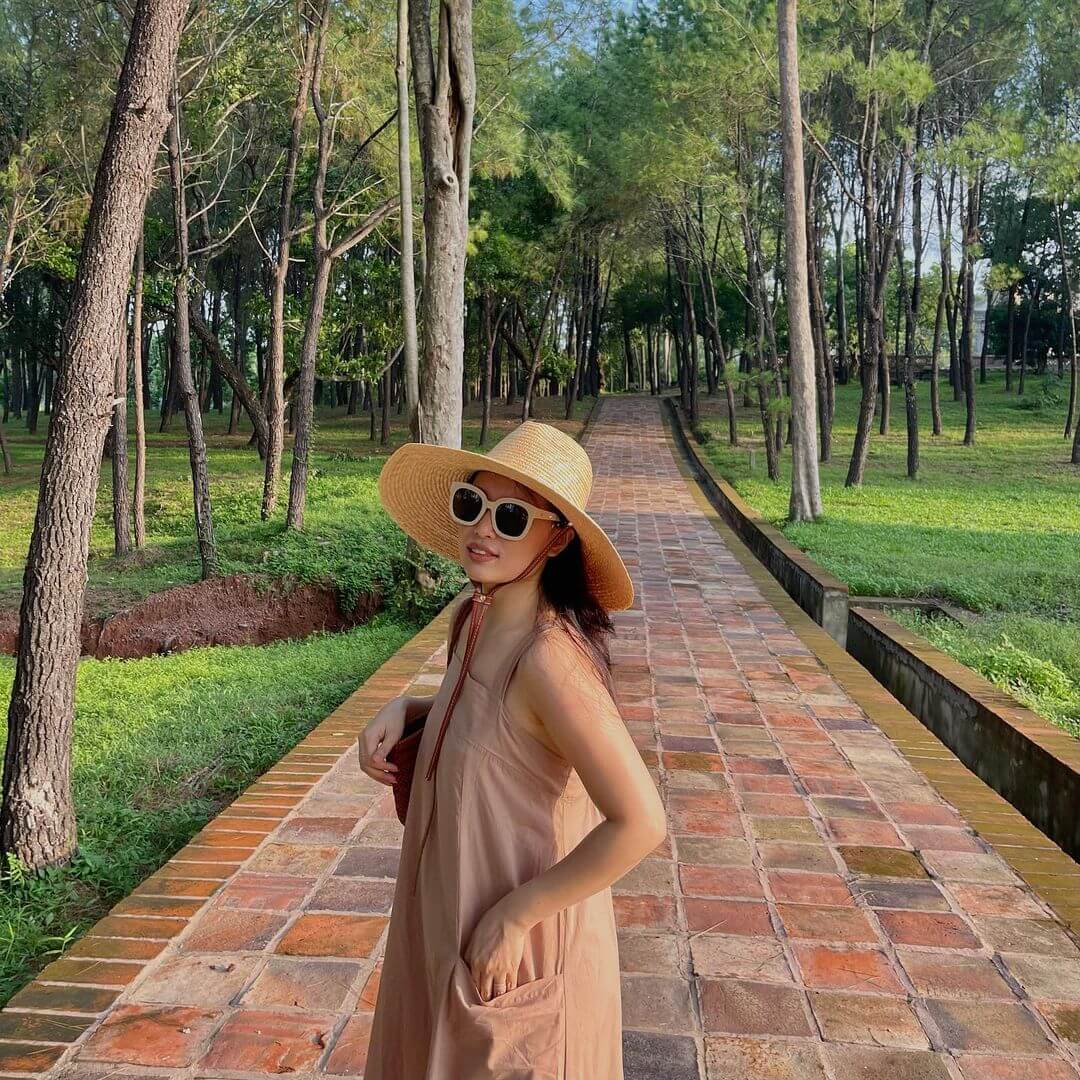 History of the construction of King Dong Khanh’s mausoleum

The process of building Dong Khanh mausoleum is quite complicated. Only after being in office for 3 years (1886-1888), the King unfortunately died at the age of 25, so he did not think about building a mausoleum.

After that, King Thanh Thai succeeded to the throne in the difficult and complicated historical and economic situation of the country. Therefore, the court had to use the unfinished temple to worship King Dong Khanh and choose a place about 100 meters southwest to bury him.

Most of the surviving architectural works in Dong Khanh mausoleum were made under King Khai Dinh (1916-1925). After ascending the throne for 3 months, King Khai Dinh requested to repair the mausoleum (August 1916).

The entire mausoleum area from Bai Dinh, Bi Dinh to Buu Thanh and Huyen Cung was built under Khai Dinh’s reign until July 1917, the basic part was completed and it was completed in 1923.

Architecture of Dong Khanh Tomb – a harmonious and impressive combination

The works still carry the old architecture “snap and cork”. The main hall and its dependent houses are still rows of splendid gilded columns decorated with four spirits, four quarters, etc. Ngung Hy Palace has 24 maps depicting the paintings in the classic “Nuoc quartet filial piety”. On the ancient matches, on the roof and on the edge of the palace, there are terracotta reliefs with rustic decoration.

However, the appearance of a system of multicolored glass doors and two paintings depicting the Franco-Prussian war during Napoleon’s time and a number of other artifacts have shown the influence of Western European culture.

The architecture of the tomb is almost completely “Westernized” from architecture, decoration to building materials. The beer house is a variation of Romance architecture mixed with Asian architecture. The tall, thin mandarin statues are made of cement and bricks instead of stone statues, slate tiles, and checkered bricks.

Dong Khanh Tomb – An option for those who are passionate about culture and history and want to enjoy the green space in the middle of summer in the ancient capital.
The mausoleum is quite empty of tourists to visit, so I really like the scene here, fresh and cool.
The mausoleum is small, easy to maintain, but has also deteriorated a lot!
Dong Khanh Tomb, in harmony with the rural landscape of the countryside, is an attractive tourist destination in Hue.