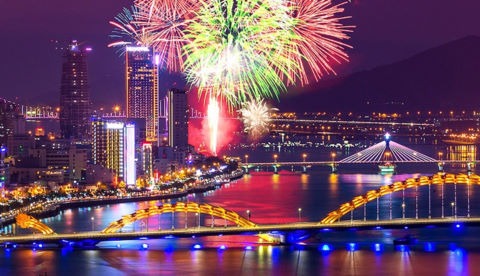 With the participation of eight teams from many countries with traditions of fireworks. When you come to the International Fireworks Competition Da Nang 2017. Besides you are satisfied with the beautiful fireworks display of the contestants, you can participate with 24 festivals accompany fireworks. Music: Street Dance, Street Music, Dining Space, Five Elements, Da Nang Sea Tourism 2017 …

Along with the fireworks performances, many attractive auxiliary festivals will be organized in the framework of DIFF 2017 such as Cham culture festival, sculpture festival, “Marble” International Cuisine Festival, beer festival, street festivals, etc.

With many excellent programs and large scale, DIFF 2017 is expected to attract 2 million visitor arrivals to Da Nang during 2 months of the festival.